Following the success of our integrated advertising production work on previous campaigns, LEAP worked with Tetley in collaborative partnership to “add excitement to water” by producing a new TV and social campaign for Tetley Cold Infusions.

The latest Cold Infusions production would be a localised version of the creative concept for Tetley’s Canadian campaign featuring an Olympic swimmer. The brand selected British four-time Olympic medallist Rebecca Adlington, OBE as their UK ambassador, and LEAP set about organising the production. 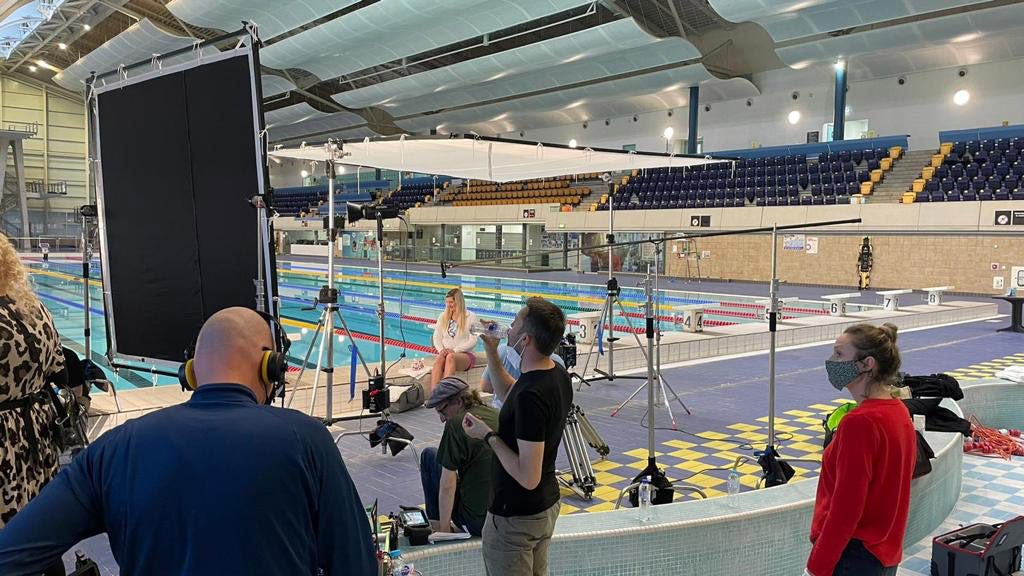 Six weeks prior to filming, Rebecca had given birth to a baby boy, so LEAP’s production team decided to decamp to the Manchester Aquatics Centre to be closer to our hero talent’s home. Baby Albie and his grandmother would also be on set (although off camera), so filming wouldn’t completely disrupt his feeding and care routine.

There was another big consideration for the team to take into account. They needed to complete the filming and voiceover recordings as efficiently as possible in order to return the Olympic training facilities to the British Paralympians who were preparing for the Summer Games in Tokyo.

In addition to Rebecca’s brilliant accomplishments as a competitive swimmer, she has become a popular social media and TV personality which made her a joy to film. And while a person can take direction to deliver a great performance, the infuser bags needed a bit more care and attention from our props master to ensure they looked their best on screen. 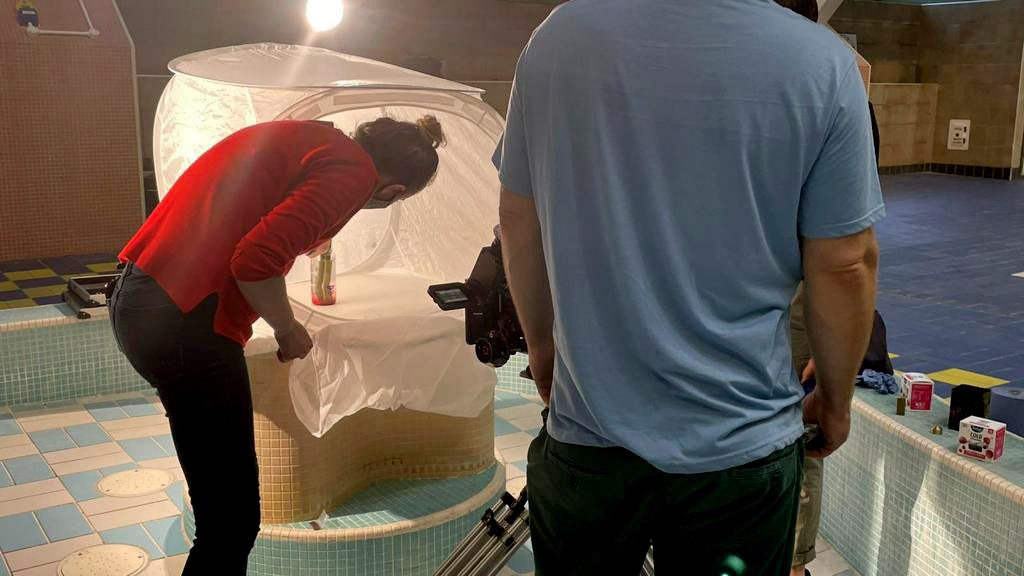 Back in London, our edit and VFX teams set to work concurrently on completing the two films and a total of 18 versions within a tight timeframe. The campaign would need to hit the springtime delivery deadlines to run alongside the lifting of lockdown restrictions. Nearly 40% of Tetley Cold Infusions are consumed when people are out and about, so the prospect of returning to something near ‘normal’ would spark interest in the product category.

To emphasise the excitement of the tea infusion, our VFX artists created the effect of colour flooding out across the image as Becky takes a sip of her Tetley Cold Infusion drink. There are also subtle VFX additions such as replacing all of the sponsorship branding in the arena stands with Tetley logos.

Our motion graphics team also created a series of text animations for the various end tag messages to appear as if they were revealing themselves as flavour infusions.

LEAP’s traffic team took care of the broadcast clearance procedures and handled the master file deliveries to the media agency and broadcasters to launch the digital and BVOD campaign.

Looking for someone you can trust to produce a winning video campaign? Speak with a LEAP producer.