When a client has a great idea and wants to bring it to life, LEAP is always happy to assist, especially when it’s for a good cause. Spark44’s Kristofer Richardson was riding his bike to work one day when creative inspiration struck – an idea for a radio ad that would dispel myths and challenge stereotypes about Muslims. He took this script to his colleagues Sean Doyle and Lee Aldridge, who jumped onboard and helped fine tune and sell it. When their producer got in touch with our account manager, the LEAP team sprang into action to organise a voiceover recording session and audio post-production in our in-house studio.

The Christmas holidays were fast approaching, but there was just enough time for the agency to partner with the Muslim Association of Britain Charitable Trust, obtain Radiocentre clearance, buy and schedule airtime slots with Mi Soul Radio and work with the LEAP team on the advert itself. Working closely with Spark44, we were able to quickly turnaround the audio production and delivery of the radio ad, ready for broadcast in the run up to Christmas.

Jonathan Hill, Global Head of Accounts recognised the fantastic creative teamwork in a heartfelt message to all of Spark44 London including CEO Ralf Specht, and we were honoured to have played a part in a great production for a charitable cause.

Radiocentre presented the ad with an Aerial Award. Judge Nick Hastings praised the ad for its,

..skilful use of radio – after all, the ability to create pictures with words is what’s so attractive about the medium. 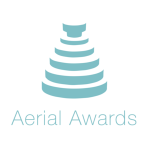 Marketing and Advertising Events May 2019