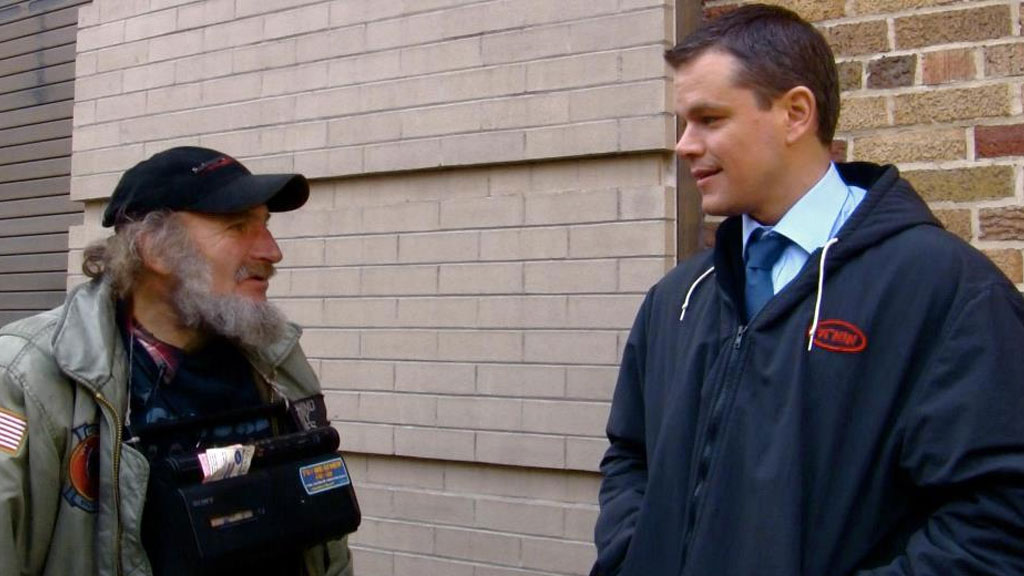 Our Film and Post team working in conjunction with Dirty Looks were thrilled to help to bring Radioman, the feature documentary about the famous movie extra and New York City icon to the big screen.

Radioman (directed by Merry Kerr produced by Paul Fischer) is the incredible story of an extraordinary eccentric, a former homeless man whose unparalleled obsession with the movies has taken him from sleeping on the streets to becoming a New York City movie legend with over 100 small parts in films and TV shows. Radioman gets his nickname from the boom box radio he wears around his neck. Viewers may recognise him from appearances in Spiderman 3, The Bourne Supremacy, Little Nicky, or in episodes of 30 Rock. Interviews with George Clooney, Matt Damon, and Meryl Streep may leave cinemagoers a little bit star-struck, but Radioman counts such celebrities among his friends.

The film includes interviews filmed by the production team and Radioman over the course of four years on locations in New York and LA as well as movie excerpts, stock footage, family photographs, and even shots captured with an iPhone super8-style app. Our Film and Post team looked after the online editing, title design, credit roller, and visual effects. Look out for the cameo section in the film for an example of our VFX, and of course, to see if you may have spotted Radioman’s big screen moments.

Looking for a post-production partner to bring your story to life?

Talk to a LEAP Producer.