As part of our ongoing series of interviews finding out more about how the people of LEAP express their creativity in and outside the workplace, we introduce Jon Davey.

Jon is an editor and colourist with our film and post team. He is passionate about using colour to tell stories and takes great interest in applying the science of colour theory to the art of filmmaking. He knows the most important rule of colour grading is never fight the footage; always bring the best out of what’s there to set the mood and convey the message. Jon is adept at a range of colour grading styles and turns his hand from fashion to fast cars, feature films and food. When he’s not sitting in the shadows of a dark grading suite, what other creative exploits does he get up to?

How do you express your creativity?

Aside from my work as an editor/colourist, I also draw comics, paint surreal landscapes, skateboard, play the guitar and sing at regular informal jam sessions. I’ve also made a few skate films and other poetic documentaries, including a feature-length film of my time in the Congo.

What are your creative tools?

My creative tools in the editing and grading suite are Premiere Pro and DaVinci Resolve along with the associated hardware. But outside of work, my creative tools are my guitar, pens, scalpels, spray paints and my skateboard.

When does creative inspiration usually strike?

I usually have to work at it, rather than get “struck” by inspiration.

Do you do anything special to boost your creativity?

To boost my creativity, I like to paint to classical music or African folk music, and I tend to drink wine when I’m jamming. Long solo hikes are also very good for quietening the mind and giving one the time for ideas to coagulate.

My creative space is my living room which is a constant mess and devoid of a television. The walls are covered in my own paintings and other pieces of art I’ve bought whilst travelling, and apart from the sofas, much of the space is taken up by instruments. 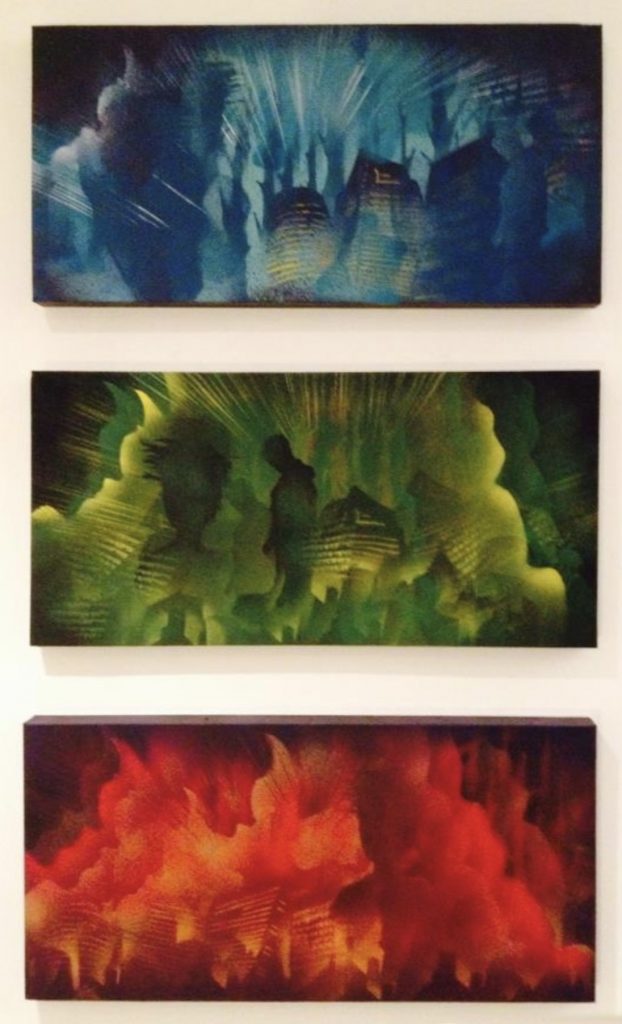 In terms of drawing and painting, my biggest influence is the Japanese artist and filmmaker Katsuhiro Otomo although I also love the corybantic refracted style of the Italian futurists. Like everybody else, I’m into Edward Hopper, Picasso and Caravaggio.

In terms of the kinds of film I make outside of work, I love the abstract eye of documentary makers like Adam Curtis and the dirty, stylistically graded and music-driven style of Skateboard filmmakers like Jon Miner. Also inspiring is comic journalist Joe Sacco.

Is painting your hidden talent, or has your work been shown in exhibitions?

My three cityscape paintings were on display in the Camden Image Gallery as part of a Landscape and Cityscape exhibition.

Find out more about the people of LEAP in other interviews with members of our team.