Women are shockingly under-represented in music. To challenge this head on and raise the voices of female performers on International Women’s Day 2021, TikTok and its creative agency AKQA Amsterdam developed #WeAreHere, a digital and social campaign with targeted short-form content, featuring bold text animation and video clips, all set to a banging soundtrack by Nina Nesbitt.

To live up to the campaign’s ambitions and appeal to its core Gen Z audience in markets worldwide, TikTok and AKQA chose LEAP to transcreate, produce, and deliver the campaign assets in multiple languages and formats.

From the outset, time was tight. Our production teams raced against the clock to produce nearly 80 short films in just one week. Working from the original English language master, we transcreated and produced a hero film, a 20-second film and a 10-second version in up to seven different formats. We also transcreated digital banner ads into Italian and French along with two versions in Spanish for markets in Spain and Latin America.

Our transcreation experts took centre stage. Plugging into our global network of copywriters, we understood the nuances of audience, platform, culture and language to craft the copy and make it truly resonate. And, to take account of the many differences in sentence structure and word count between languages, we worked on clever design tweaks to ensure that the foreign language messaging stayed true to the look and feel of the master creative and the rhythm of the edit. 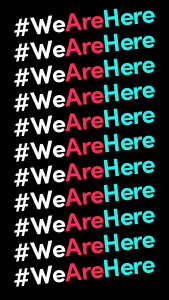 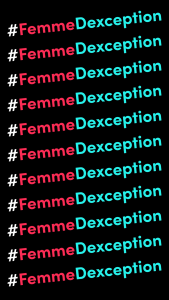 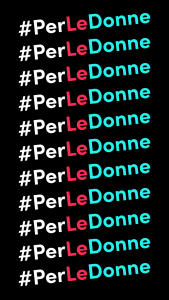 Taking a collaborative and agile approach across our integrated teams — Film and Post, Language and Culture, and Digital Production — nothing was outsourced, enabling complete control of the entire creative and production process, as well as smooth and speedy editing, localisation and versioning.

#WeAreHere and its international versions won acclaim across the global marketing industry. TikTok and its agency were delighted with the results as well as the production process and returned to LEAP for additional collaborations including IWD2022.

Want to add a credible local feel to your next global campaign?

Advertising and Marketing Events in May 2022