Our Film and Post team was delighted to pitch for and win the production of the US/Canada TV commercial campaign for PepsiCo drinks brand Tropicana. Working closely with DDB Chicago and DDB London, we created two HD Commercials incorporating animated oranges and packaging interacting in a lush, natural setting. This bold treatment was a step away from Tropicana’s traditional live action-based advertising, and was an integral part of their push to introduce new brand packaging to the US and Canadian markets.

Tropicana’s initial request was for a 30 second animation that would emphasise that there are 16 freshly squeezed oranges in every carton of Tropicana Pure premium. Our character animation team set to work modelling and developing personalities and characteristics for the oranges and packaging. The challenge was to give the Photoreal CG models a life and personality, whilst respecting the client’s wishes to remove any caricature from their movements.

The creative team had a blast with the research and development for this project. We launched a beauty competition for the perfect orange, scouring markets and shops for a citrusy muse to inspire the colour and texture of our CGI oranges’ skin. The evolution of the creative concept had us exploring settings in pristine country kitchens, green meadows and on picnic blankets. We took forays into macro photography of blades of grass and taking oranges bowling in the park.

The test commercials used shallow depth of field to focus on the oranges and foreground elements, but feedback from the Tropicana senior team indicated that the grove setting and a central orange tree should be as important in the final execution as the animation of the oranges and product pack. Our grove had to become a hero in itself. Orange groves can be quite dry and dusty with almost bush-like trees to allow for easy picking of the fruit, but we wanted to give this grove a lush, grassy setting with beautiful trees and surroundings to really emphasise the natural goodness of the brand.

Our CG/VFX team adapted their approach to the grove’s environment from matte painting, to creating a fully CG scene with complex 3D models of the orange trees. To add to the cinematic look, we rendered our CG at full 1080 HD in linear colour space. We started with the premise that using global illumination rendering for our scene would create realistic deep silhouettes and shadows within our trees and grass. However, as the render R&D progressed, our client opted for a hyper-real execution, which would exaggerate the overall brightness of our scene and elements. We therefore took the decision to raise the production values from the standard TV workflow of compressed 8bit rendering to linear colour space. This gave us the opportunity to apply the gamma correction later in the process which, in turn, allowed for greater control of our colours and lighting within the scene. 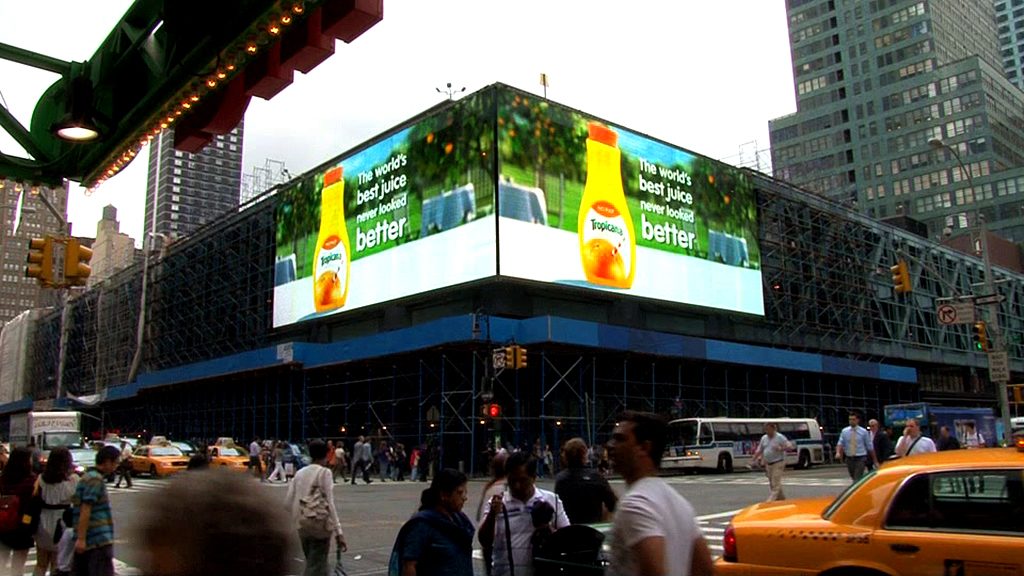 After a successful response to the initial 15- and 30-second spots, our team was asked to bring to life, the second stage of the campaign. Drawing upon the feeling and environment of the first commercial, the next version of the ad depicts the transition of the oranges from the carton into the new bottle. The ads played out in the US and Canada in line with Tropicana’s phase-out the existing carton packaging and introduction of the new, see-through plastic carafes.

Looking for a video production partner? Talk to a LEAP Producer. 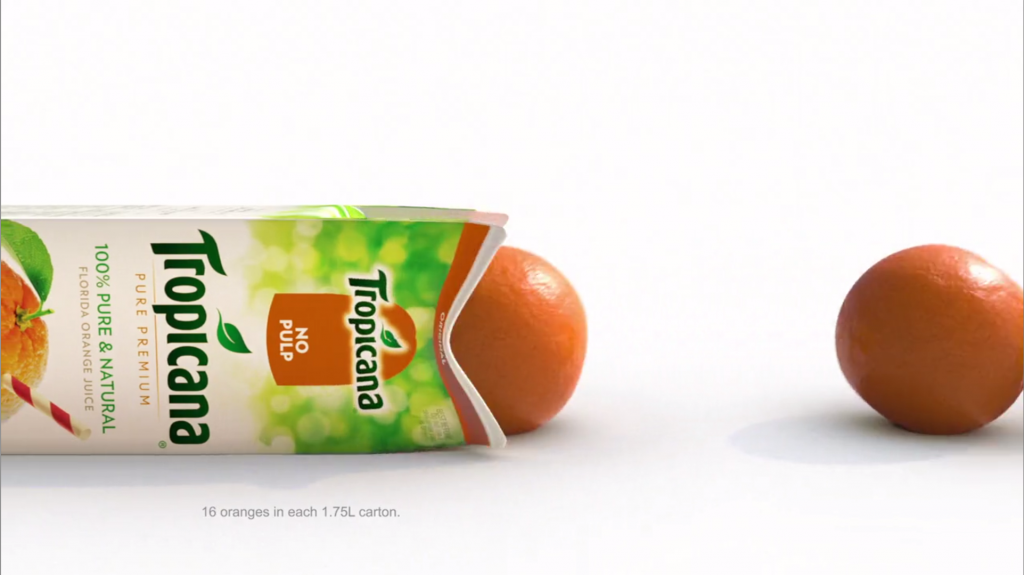