Alpen Gold, the most popular chocolate brand in Russia, appointed Ogilvy Russia to produce a TV campaign for the Russian and European markets which would embody their brand’s link with optimism and positivity. Commissioning British director Carl Prechezer, an international team formed to create the commercial.

Filmed in the terminal and on the runway of a Ukrainian airport, our CGI and VFX team designed and composited replacement signage and a departures boards in English and Russian to convincingly relocate the airport to Moscow. Our colourists worked with the director to craft a 1950’s Technicolor feel with a contemporary twist.

To highlight the pessimist vs optimist theme, we designed lozenge icons to pop up at key points in the story. The brushed metallic symbol for optimist incorporated a subtle nod to Alpen Gold’s multicoloured branding with fun, swirling movement animated around its colourful border. Our graphics delighted the agency so much that they decided to incorporate them into the print campaign and even into T-shirt designs. 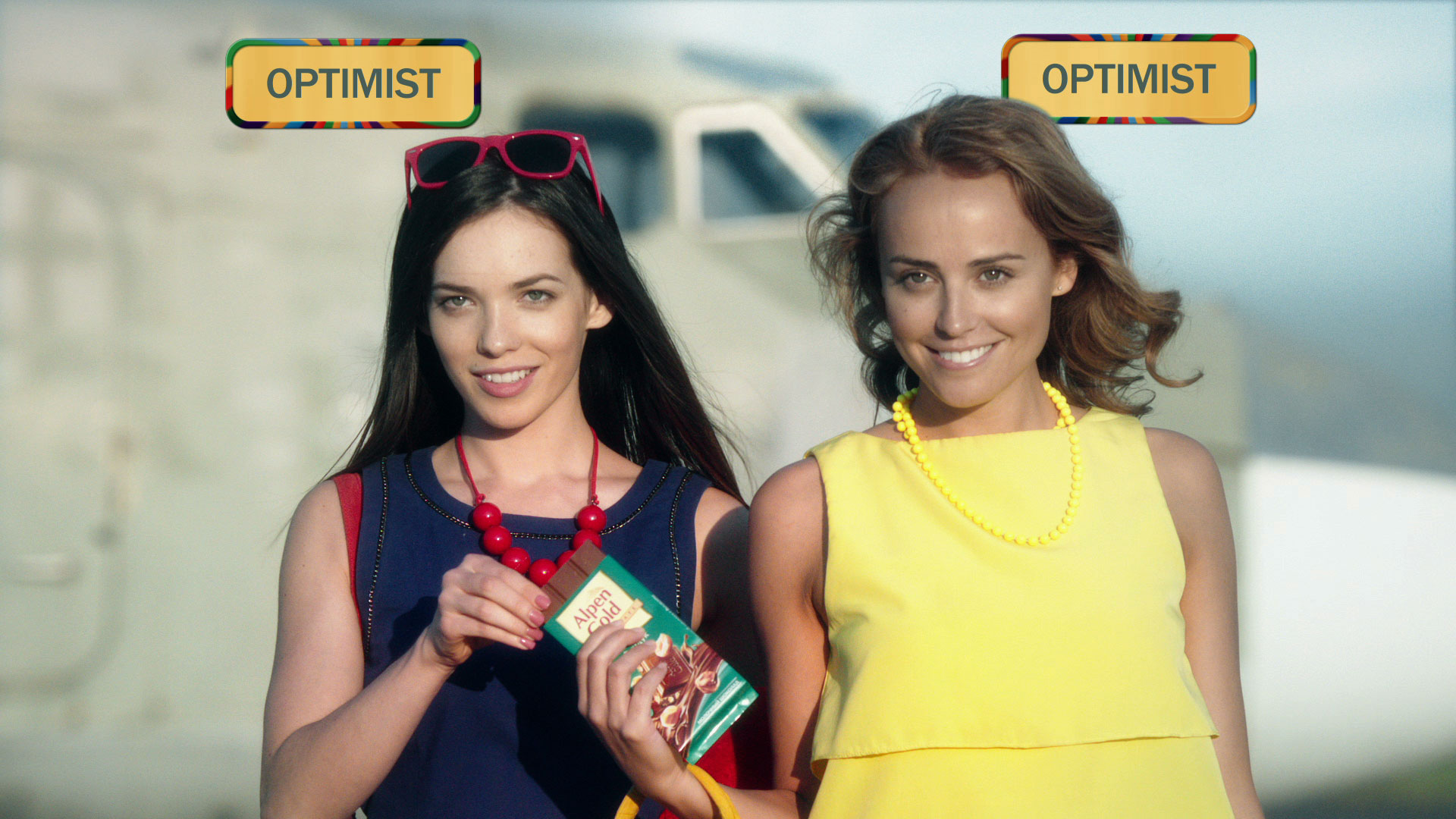 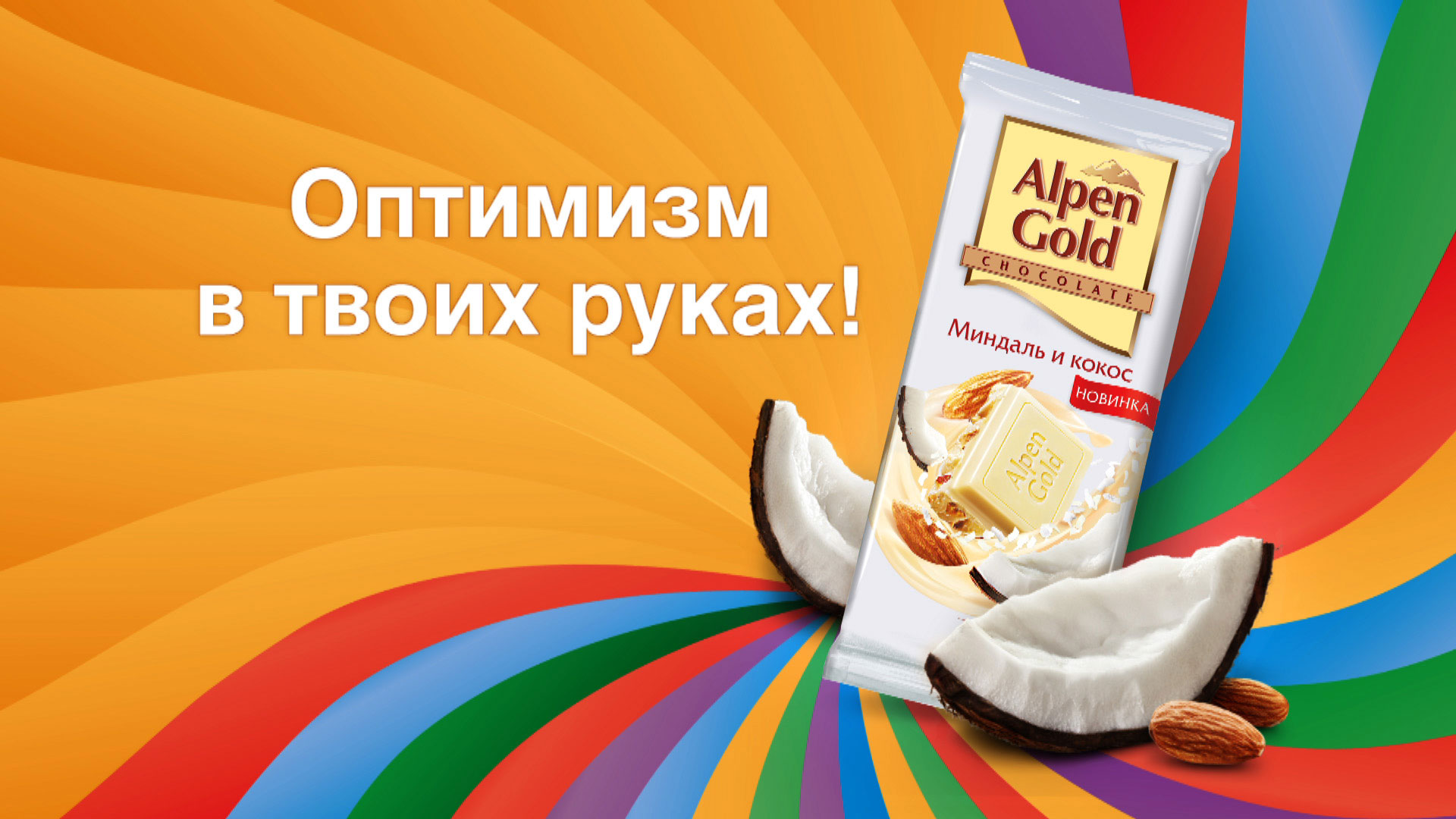