Beany Green, the successful independent coffee and food group approached Loveurope to make a short crowdfunding video to launch their call for investors. In the history of Crowdcube funding, Bondi Bond was among the top three fastest Bond investments they’d ever experienced. Although the planned period for fundraising was over 45 days, Beany Green exceeded its minimum amount within 24 hours; the total figure of £800,000 was raised in an astonishing 6 days!

The very personalised, powerful and engaging delivery from co-founder Prue Freeman couldn’t really have been achieved through any other medium than video. Which is why it was considered one of the main factors in achieving their great success in attracting investors over such a short time frame.

Prue was keen for potential investors to fully understand her background and business plan but most of all, her enthusiasm and passion. She wrote the script with additional input and guidance from our creatives. The crowdfunding video focuses on key aspects of Beany Green’s healthy offerings while highlighting the distinctly different sites. Our production crew filmed over two days at four of the branch locations. Further filming in New Covent Garden allowed us to show the extensive range of fresh produce they buy on a daily basis.

Our post-production team continued to work closely with Prue to craft together the engaging footage along with motion graphic designs that would communicate the relevant business statistics to potential investors watching the crowdfunding film. Jon Davey’s rich colour grade further enhanced the energy and appeal of the food, drink and atmosphere of Beany Green’s cafes.

History of Beany Green: Founded in 2012 by Prue Freeman and Tom Onions, the company specialises in perfectly executed coffees and bold, healthy food created and presented with real Aussie personality. From modest beginnings as a mobile kiosk, Beany Green quickly grew into to five very individual, permanent London sites. Encouraged by three years of solid growth, the founders wanted to expand further and decided to seek funding through Crowdcube for the launch of their Bondi Bond. 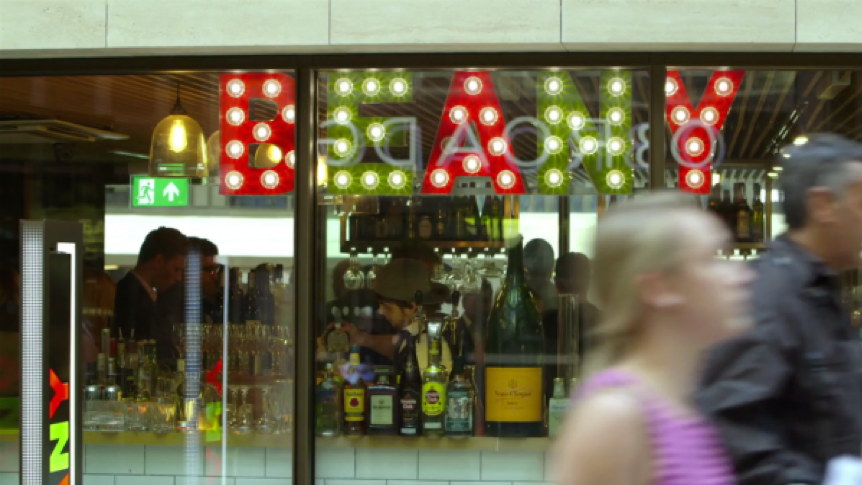 Are you beach body ready? What we can all learn from Protein World’s ad campaign