A New Look for London Lean In Network

There’s power in women coming together

Founded in 2010, Lean In was launched following a TED Talk by Sheryl Sandberg, COO Facebook. Her talk spurred on conversations about other women’s struggles and successes and inspired her to write the book Lean In: Women, Work and the Will to Lead. Lean In helps women achieve their ambitions and helps companies build inclusive workplaces where women of all identities are supported and empowered.

In 2016, the Lean In Circle began as a supper club which brought together like-minded ambitious women to eat, drink, hear from an inspiring speaker, and network. The circle grew beyond its circle status (which is typically 6-8 women) to over 1300 members. So, in 2021 the Lean In Supper Circle rebranded as the Lean In Food for Thought Network. 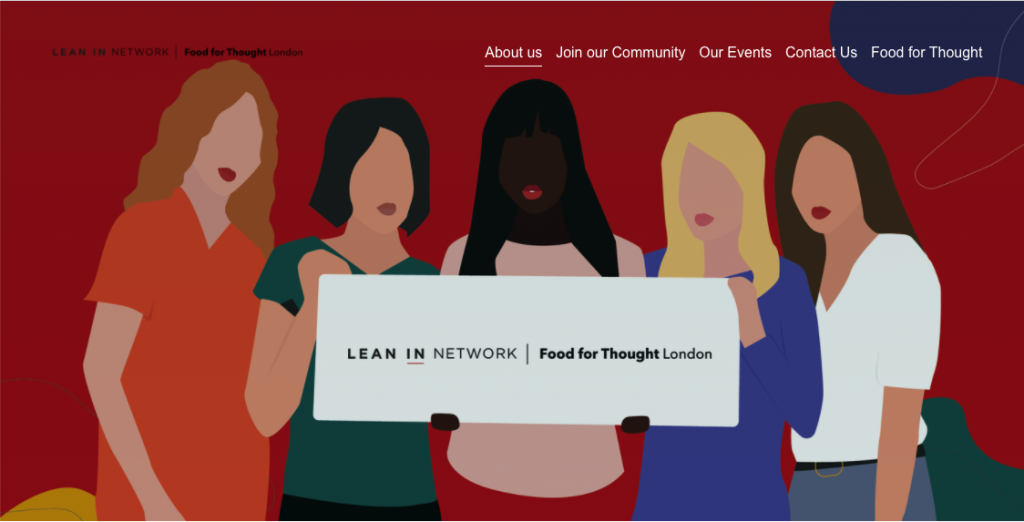 LEAP created a new colour palette and visual assets to articulate the brand’s sense of togetherness as well as reflect how the network inspires its members through events that feature high profile speakers.

The rebranded Lean In Food for Thought Network officially launched online via the group’s new website and digital assets as well as through printed collateral showcased at the rebrand relaunch party. To mark the occasion, a committee of volunteers organised a special talk given by the Leader of the Women’s Equality Party, Mandu Reid. 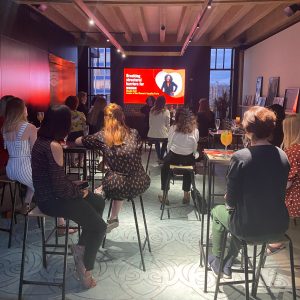 Despite Covid uncertainties threatening to cast a shadow over the in-person event, the rebrand relaunch was acclaimed as a success by the 25 members who took part in the inspiring occasion. The new look and feel of the brand design has also made a strong impact on the Network’s website and LinkedIn posts.

Equality in the workplace is a great passion for LEAP’s Head of Group Marketing and Business Development Jo Merecido, who serves as President for the Lean In Food for Thought Network.

Advertising and Marketing Events in March 2022